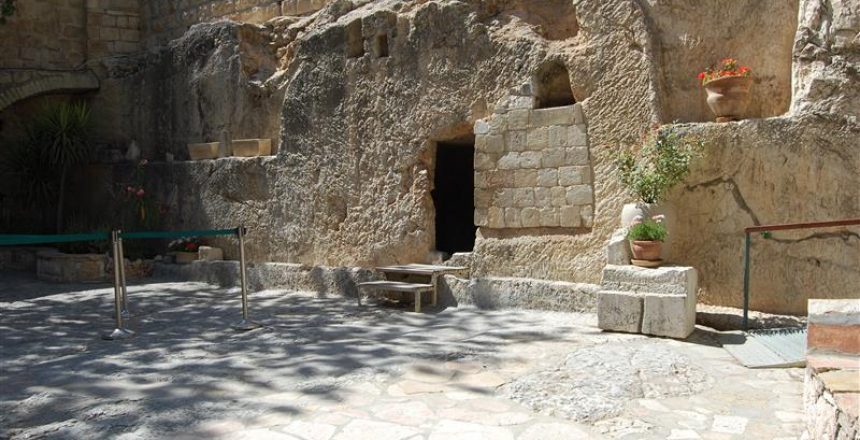 In a few days’ time it is Palm Sun-day. The air will once again be filled with great expectation, joy and love, as Jesus travels into Jerusalem from the northern outskirts of Israel, Galilee, where the son of man grew up and intro-duced the World to his mission and min-istry of healing and restoring. His field of ministry was the very much broken World scared by authorities and princi-palities that then and now are exorcising power to their own purpose, which pri-marily is power, money and sex.  The air will on Sunday, that Sunday, be filled with the expectations of some-thing extraordinary taking place.

Expectations have grown in the rich soil of the long story, traditions and be-liefs of Israel. Expectations that Sunday as well as over the years have been nourished by scripture. Scripture is the most important backdrop from which the people at the gates of Jerusalem understood why Jesus was riding the foal of a donkey – that was how Zechariah foresaw the arrival of the king to Jerusalem. Scripture – that is the Old Testament – is the backdrop of the entire easter week and both of uttermost importance, but also of some challenge to grasp entirely.  And that is not the goal of my words today. But I do want us to realize that the expectation of the people at the gates of Jerusalem was to see a very real and powerful king overthrowing all the rulers that oppressed them so badly. The expectations had to do with their life here and now. They were badly longing to see the lion and the lamb live in harmony. They were so very much anticipating a king-dom of justice, health, beauty, love and peace. Right there right now. The kingdom they have seen so richly described by the old prophets not the least Isiah.  Life after death was not the focal point for the people of Jerusalem and Is-rael. Life before death was what matters.

But that life was so very challenged be the oppressors. By those oppressors that routinely crucified anyone revolting against, yes, even thinking about chal-lenging the power of Caesar. Crucifixion was not invented for Jesus; it was a quite common and extremely cruel demonstration of the power. At the gate, on Palm Sunday, nobody thought of executions, as they were busy exalting. But those powers of the World were up for a fight. They did not like what they saw. Neither the political nor the religious establishment wanted to have their positions overthrown.  And fought they certainly did, enrol-ling even the closest friends of the Mes-siah, and utilising brutality and cruelty but also shear human breakdown and betrayal.  And so there he was. A few days later. The rejoicing had died out and turned into other loud sounds. Messiah walking up Calvary while some were humiliating him with degrading shouts of disrespect. But most were probably just either ignoring the event or seeing it as a bit of entertainment. And then He died.

The voice from Galilee was silenced. And the rulers leaned back, took a deep breath, relaxed, and realized that their power would most likely be chal-lenged again be another revolutionary movement.

Little did they know what their real challenge would soon be. They had not yet seen the torn curtain in the temple. Or head the profession of the roman centurion on Calvary. They are still left with the lye that Jesus Christ had been conquered on the cross. But on the very first day in the very new creation the women, those that were not to be counted as trustable witnesses in a trial, they witnessed the triumphant messiah. He had not been conquered – at all. Death failed in killing God. destructive powers of this World has been defeated – once and for all. And then Jesus went back.

Back to Galilee to be with his friends as the very first new being, new creation. He met them, eat with them, sat with them.  And sent them to continue his minis-try of restoration of the World, of bring-ing the kingdom of God near, of connect-ing heaven and earth to be, what it origi-nally was meant to be, a paradise.  And here you enter the easter story. You are as team member of The Relay Trust carrying the torch, the baton. You are bringing the hope that was ignited on Easter, bringing that hope to the people around you. The hope that one day Mes-siah will have completely and irrevocably destroyed all rule and all authority Mankind is yet to grasp and under-stand want happened from the final breath of the suffering Messiah to the re-assuring words do not fear from the res-urrected and triumphant Jesus Messiah. As we yet have to grasp how God at the beginning of the ages created out of nothing, we likewise cannot grasp how he on the first day of the week began recreation of the existence that was al-ready there. But we hope and believe the gospel, the good news, that the kingdom of God has come near and not the least that and power and everything is put in order under him … So that God may be all in all. AMEN and happy easter. 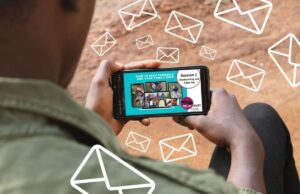 This month, we are going to focus on DECIBEL, which stands for Digitally Enhanced Community Based Learning and is the name we have given our approach to training. DECIBEL is developed to be easy to use and benefit from. Each DECIBEL course contains everything needed to set up a learning group in a church and go through the materials together without a subject matter expert present. 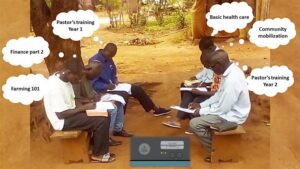 The use of technology has divided the waters in the Christian world. Some remain skeptical and conservative, while others are jumping into all the exciting opportunities technology offers without giving it a second thought. Of course, there are also many who are in between these two extremes, and today we see how technology is gradually being integrated in church services and mission activities all over the world.